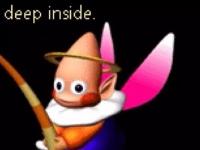 One day I woke up to the Lucid Dreams version of Dreams Dreams, the one by pretty much everyone in the community, playing on an episode of Radio Redux I had downloaded. "Ayy, that's pretty good" I thought to myself, and immediately ran out to get Journey of Dreams. The disease known as NiGHTS just continued growing from there, and now I have a Japanese Saturn and a 3D controller for the sole purpose of playing the original instead of having to resort to that awful excuse for an HD port/remake.

Miiverse/NNID: supersonic25730 (Don't judge, I came up with the username when I was like 12 and it stuck)