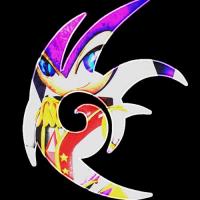 A happy NiGHTS fan. Recently became a big fan in Early 2016, but not afraid to admit that my 1st encounter with NiGHTS was at its pinball table in Sonic Pinball Party. Currently writing a fan-made NiGHTS game/animation under the project name "Dr3am Reality." It's a game/animation where 6 people, 3 boys and 3 girls, are deployed into the dream world while being awake. Yes, more like an alternative universe, in an attempt to stop the Nightmare from invading Nightopia, of course with the help of NiGHTS. This actually involves plenty of action and a little sparkle of romance there, but it's not going to be your typical NiGHTS game/animation. This game/animation will surely have a plot

You can reach me more easily on Enjin, a gaming site of nearly 20mil. Actually, the owners of this here site may have an interest in setting up a fan site there. Its forums are similar to the ones used here. I'm way active there