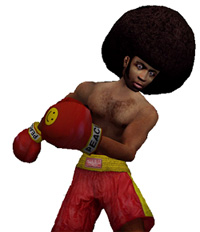 New Jack Swing music producer/writer/rapper/poet who seems to have found a new affinity for a certain purple jester.

A NiGHTS Remix: Another Dreams This was probably posted here a loooong time ago, but I just found it by chance while browsing Sega Retro.

Not much info about it, but it's pretty straightforward: It's a NiGHTS remix album released exclusively in Japan in mid-1997 as a companion to the game and official soundtrack. It even has a  snippet of the acapella version of "Dreams Dreams"  and a remix of "Know Thyself!", even though it never made it into the  actual game.

It's a pretty good album, although most of the remixes have very little resemblance to their original versions. A lot of it is very House and New Jack Swing influenced.