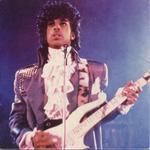 Air_Nights hasn't added any friends yet.

I rather like the shed in Mystic Forest that has a car with its hood open inside it. I tried to get in to drive the car, but that didn't work out all that well. XD

Speaking of that car, anybody else see it driving underneath you on the fourth course in the Mystic Forest?

In Topic: Lol! SEGA gives our campaign some love

I hope they take the campaign seriously.

I also HAVE to have that NiGHTS wristband.

In Topic: What Language Do You Speak?

English and Pig Latin fluently. I knew some Welsh, but I've forgotten it. I speak some Swedish, since my mom is an immigrant from Sweden.

In Topic: The LittleBigPlanet Thread

Anyone have the PSP version? It's damn swell.

How Come U Don't Call Me Anymore-Prince