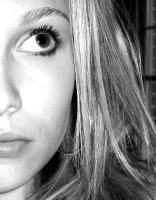 What are they saying in the whispering parts of "The Mantle"? NiGHTS has been my favorite soundtrack lately and I loveeee Jackle's theme...but I can't figure it out!! Can anyoneeee help?

does anyone have any good recomended sites for dream journaling?

I don't want them in my dream!

for some reason my dreams love to torture me and put people i feel really awkward around in them. for instance, there's these two guys who go to my school who are considered 'popular' and what not, and ive talked to them from time to time but honestly feel like they dont give a sh!t about me. anyway, they showed up in this dream i had last night, and i was hanging out with both of them, and flirting etc. i think the ones cute but, i hate having dreams about these guys. plus i like someone else right now! anyway, does anyone know any tricks to keep awkward people out of your dreams?

i mean honestly it sorta sucks having to go to school and see these people in real life, when u just 'hung out with them last night' in your dream! i would loveee some help

I'm lost with this whole theory about NiGHTS having long blonde hair(under his/her hat i guess)....I've read it in a few fanfics and I don't know if that's just something someone made up or what? I'm just wondering, if anyone can clear that up that would be great.

hey im kellyy and im new here wooh. and i have no idea what im doing but just wanted to say hi :]