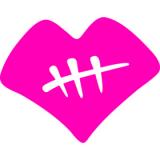 Hi, I drew a new pic its either called filing reala away or making really look sharp lol. sharpening

Hi, I've been here for awhile but, never introduced myself. When nightsintodreams first came out I never played it, I had only heard of the character. I would also see nights pop up again in sonic adventure, when i owned a dreamcast. For the longest time I wonderd who is this bizarre character from sonic team? Then when journey of dreams was announced, I decided to find out more about nights. I listened to the music and theme song first, and said this is so cool. Then I got a summary of the charachters and thought that was a cool idea. But I played journey of dreams, before i played the original nights into dreams. I loved the game, well the flying stages that is not the new added stuff. I thought if nightsintodreams is as good as journey of dreams I'll love it. So eventually I bought nightsintodreams and I loved just as I thought I would. Ever since then I have been a nights fan. I do think however that instead of a Wii sequel, sonicteam should of made a dreamcast sequel instead. In my opinion sonicteam shouldve gave reala two dreaming nightmare kids. Also I dont beleive reala is completely evil. I think sonicteam shouldve made reala turn somewhat good later on like shadow did in sonic adventure 2. well thats my introduction lol,bye.