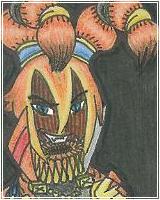 I got into NiGHTS through JoD. I never played the original. And I'm sure there are a lot of recently new members to this community now who are in my boat. We're n00bs and we admit it.

This hasn't happened to me or anyone I know personally, and thanks to very nice moderation/administration on these boards, not here in particular, but ever since I got into this fandom, I've noticed that while JoD fans have been generally accepted, there's still a lot of discrimination.

I know there will naturally be a rift between us, fans who started on NiD and those who started on JoD, but we all are united by NiGHTS. Am I wrong? So I speak now to those who take this discrimination too far:

To purists...people who believe that NiD is the one and only NiGHTS.
You have the right to love or hate JoD. Hell, you can even deny that it exists or is part of the franchise. But when you tell someone they're not a fan of NiGHTS just because they've never played the original is being very cruel and unjust. It's not easy to come across a SEGA Saturn anymore, a copy of the original NiGHTS or Xmas NiGHTS, or even to mod your PS2/buy a JP PS2 to play the PS2 remake. The circumstances are against those of us who genuinely want to play the original and get the full experience. The truth is that NiGHTS is what inspired our love for JoD, and for the majority of us, that love of NiGHTS makes us long to play the original too. We really wish we could play NiD because we love NiGHTS just as much as you do.

To OC pairing haters...people who don't want to see fans pairing NiGHTS Marens with our own.
When you first got into NiD, how old were you? Fairly young I'd assume. But now, 11 years later with the release of JoD, you're probably all much older, more mature, and much wiser. I'm sure that when you first got into the fandom, you wanted to make your own Marens. You yearned to be a dreamer who visited Nightopia. And those of you who led particularly downtrodden or unlucky lives wished you could meet NiGHTS and have him whisk you away through the skies of your dreams where your imagination could run free and you could shed your real life dramas/obligations. The truth is that we all love NiGHTS. (At varying degrees.) And you have to realize that JoD was OBVIOUSLY directed at a younger audience. The fandom was bound to pick up lovestruck, immature preteens wanting to create MarySues/GaryStus that paired themselves up with NiGHTS characters, just like I'm sure a lot of you wanted to do when you were young and in love with NiD. (I'm not saying everyone did this, because everyone matures at different ages, I'm just saying that it's only natural when you're at those young, impressionable ages.) Please be accepting and tolerant of these fans. I know it disturbs some of you, and if that happens, I beg you to hold your tongue before you say something that you regret. If you've got nothing nice to say, then don't say anything at all and ignore it. They love NiGHTS just as much as you do, they just express it differently, and imagine if someone scolded your work like that for a moment. I've seen quite a few artists already who have stopped drawing/writing about NiGHTS in particular, just because people flamed them for depicting themselves paired with NiGHTS characters. It's the way they display their love and devotion for NiGHTS, just give them time to outgrow the phase as you did, please?

Please let NiGHTS be the creature that unifies us, not the one that tears us apart.

PS--I apologize if this has been brought to attention before; feel free to delete this topic.

One Study's Proof of Nightmares

"A recent study by the National Psychiatric Institute in Boston, MA, concluded that no activity can account for the phenomenon known as nightmares. Whereas many dreams come from unconscious desires, most nightmares seem to come from an outside source independent of the individual. In fact, when subjects are asked to recall nightmares they are almost always found in the same memory section as actual physical memories, not the section where normal dreams are replayed. In other words, those aliens and creatures you see at night in your "dreams?" They're real."

to all those dreamers, young and old,
from the NiGHTS themselves;

they wrote this message just for you,
so read and listen well.

for every time you find yourself
locked away inside...

for every time that from life's problems
you find your self can't hide...

those times when life comes crashing down
and fear strays you from sleep,

unearth that courage deep inside;
that's something they can't keep.

but if the darkness overwhelms
and you can't find its light,

just know that dreams are guiding stars;
ne'er let them from your sight.

It's been bugging me for a long time now...ever since I saw the tracklist for the original game...

I never played it, so I honestly have no clue...

Please help put my mind at ease. ;n; I beg you.

So I thought I'd share this discovery with you all...since it was a bitch for me to find. Figure it's prolly hard for others to find too...I don't think I've ever seen a NiGHTS cosplay that used custom contacts before.

I literally called EVERY eyewear place in our phone book to find local sellers of blue cat eye lenses for my Reala cosplay but I only found THREE places that sold them. (I needed prescription lenses of a specific curvature because I'm legally blind with astigmatism.)

Here are other places that told me that they sold blue cat eye lenses: (yes, they do prescription lenses, but not for astigmatism)
-> Sterling Optical: $180 for lenses and exam
-> Lenscrafters: *never got a price quote*