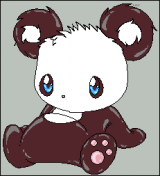 (if this has already been plugged on the forums, move or lock. Sorry ^^; )

On Wikipedia they've got a separate entry for NiGHTS as a character in Journey of Dreams. Some of the info seemed a bit wonky, though, especially this: NiGHTS' voice actor in Japanese is singer Yukari Tamura .

I double-checked her list of voice acting work, and it's there too. I know I've been kinda haunting the forums lately, but as far as I recall JoD was released in English with subs in Japan. Am I wrong, or is this information accurate? I know Wiki can be unreliable at times, but usually they don't mess up with two separate pages.