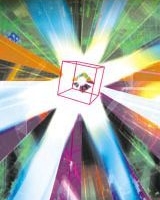 phosphorus hasn't added any friends yet.

And why are we reading TSSZ anyway? XD

My guess is that Fox Gungrave isn't active enough to know how much of a joke Tristan is.

Is there anyone who can read French well enough to see what the eversonic article actually says about the subject?

So, recently there was some kind of fan pow wow about this game or something in France, and supposedly the roster for this game hasn't been finalized yet, according to this.

The Shadow in StH is the real Shadow. You have to spend like 8 minutes in the final Super battle to hear about it, though.

As for Panzer Dragoon Saga, your best bet for playing it would probably be to download it and play it in SFF.

R-Type Final's ending was pretty emotional, and a bit depressing owing to it being the bad end. Getting the good ending is an unbelivably arduous process - you have to unlock a bunch of ships and then complete an entire level on one life, no continues.

The ending to Majora's Mask always pulls at my heart strings, primarily when it comes to how little you actually fix. The existence of the natives of Termina hasn't been magically set right by Link, they still have their normal problems, but now it's not the end of the world, they can face them on their own.

This manages to disappoint me in so many ways it's not funny. Ok, maybe it is kind of funny.

First off, when are they going to stop dragging their feet or whatever it is they're doing and make a real game? Why Windows mobile? Does MS still even support that OS? The idea of playing as a Kiwi had me flashing back to interviews about NiGHTS into Dreams..., about how one of Naka's first ideas was playing as a little bird learning to fly... I thought this game might be that. NO! It's another one of those games that are essentially just touch and go ripoffs.

Tristan has basically a joke in the Sonic community. But really, is anyone going to fix the "Don't forget NiGHTS" banner?