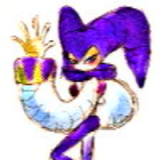 charlie hasn't added any friends yet.

In Topic: A note about Extracting files

Does anybody know what this is? It's called "halloween.adx" but I thought it just played the default stage theme for Halloween NiGHTS at Mystic Forest.

This halloween song can also be found in the PS2 files, but it seems like it was never used. It's a shame because I love it!

NiGHTS on the PS3 got an update; quickly played some Spring Valley and Splash Garden; linking definitely seems faster and shinier; the top-down section in SG still seemed like it might be a tad slow though. Maybe someone with both versions can get a feel for the latest handling on both consoles.

I know the overhead section in MF is still slow on both versions, so I don't think the other perspectives were part of the patch. I can live with it since it's just a couple of areas.

Welcome to the community

I just played the patch on the 360 and it definitely fixes the analog and speed issues! I can honestly say that this game now controls like the Sega Saturn, and I would say that it's better than the PS2 version because of the increased speed. Sure there are a few differences that haven't been fixed, like the bosses or top down section in MF, but to me those are minor issues. The core controls and gameplay are now smooth and effortless. It's an absolute joy to play this game now and I'll definitely be working on my scores

Thanks to SEGA, DiGi and TRiPPY for getting this patch released!!!