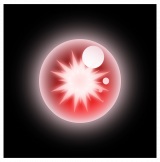 CATTERKILLER hasn't added any friends yet.

Your art is awesome!
I really like the third and fourth "screencaps". Is the last one what I think it is?

In Topic: A Fourth Persona Mask?

I have all the dreamdrops and have both secret endings, I've not seen this "Angel Persona".

I had a dream where Amy Rose and Silver Ran away from home,
Up the stairs, down the hall, and through a hole in the wall, (It was so small a needle would not fit) And to... A tropical paradise?
They kept putting up booby traps so no one would find them, then Dr.Eggman attacked, and destroyed the island.
Then it ended with ugly wooden dolls that (Almost) looked like them them floating at sea,
floating the remains of some cruise ship(?) talking about how they would be together forever.
then Amy said something like, "Too bad Sonic Didn't come, His speed just gets in his way"
(by that point the Silver doll had It's hair in a pony tail, And the Amy doll looked like Amy's head on Sonic's body)
Then (a blue) Tails with a HUGE band-aid on His nose flew up and (in Sonic's voice) he said, "Not all the time"
Then it skipped to... The credits? yes... the credits (they happen a lot in my dreams) and the music playing SOUNDED like "Seven rings in hand" from Sonic And The Secret Rings.
but the lyrics were about Jimmy Neutron,
Instead of, "Seven rings in hand, Speed through nights with feet in sand", it said, "Jimmy Neutron, flies through nights in a hover car"

Then I woke up and typed this down. And since I typed it as soon as I woke up It's probably full of typos and grammar mistakes.

In Topic: Since Reala's Mask Seems not to Come Off..

That's awesome! I bow to your superior Photoshopping skills. *Bows*