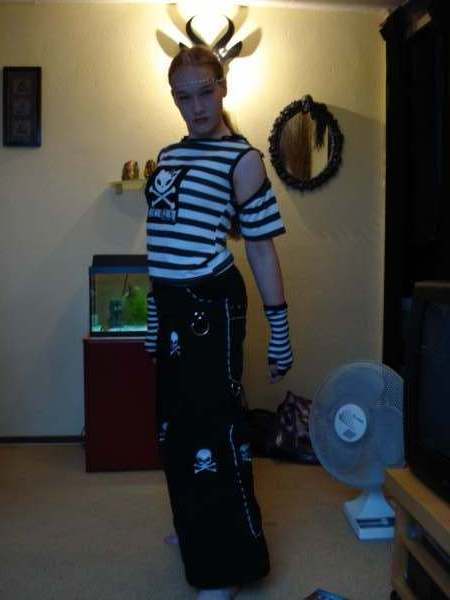 I have seen NiGHTS a few times in my dreams. In the first one I was NiGHTS and I had a dreamer inside of me. I also saw Claris and Elliot in that one as little cameo's.
Mostly when I see NiGHTS, he's hanging out somewhere doing something weird. I have very weird dreams. Last time I saw NiGHTS he was hanging out with the guys from the Pokemon series >.> And his suit was in orangy cream and jaguar print....
I also saw Reala once...Really weird things happen when I dream...
I also fly a lot, I don't know if that counts for NiGHTS dreams.

P.S: Why is everyone lucid dreaming down here? Is it cool? X3

In Topic: JOD release in October?

Hey, about the release date being in December, it might be right. I regularly check a dutch official Sega site. They had a release lise and that one said we're getting it by Christmas. Remember that this is a Dutch site. Other people might get it earlier.

In Topic: My hand-drawn NiGHTS stuff

Thanks for those wonderfull replies! I just try to get the best out of my right hand and appearently makes NiGHTS very cute. I'll ad some things every once in a while, so I hope you like my arts enough to keep checking them out.

Hmm... NiGHTS with a voice actor? I'm not completly against it. This could end up well.

I think I'm first gonna laugh myself into extinction if they'll give Reala Shadow's voice actor. Then I'm going to cry... Not that I hate Shadow's voice, but because.....well, they can get someone better to voice Reala, right?