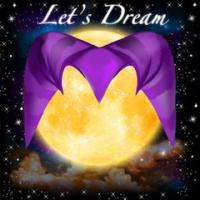 Good Morning everybody, it's MidniteAndBeyond! So this is the story of how I discovered NiGHTS. One day, I saw NiGHTS: Journey of Dreams at a GameStop. I vaguely remembered reading about it in Nintendo Power and decided I would check it out. The cashier started to cry when I brought the game to him asking to buy it. He told me that this game and its series was very special and he wanted me to promise that I would take in the full experience of this game. And realize everything that it has to offer. I wasn't expecting a reaction like that, so when I went home to play it, I was expecting a journey like no other.

I was right. This was far more than just a game. It had an impact on me that changed my life forever. I owe so much to NiGHTS. If it weren't for NiGHTS, I wouldn't be who I am and where I am now. I owe so much to this franchise and have made so many amazing friends and experienced so much thanks to it. It's been an incredible experience in this fan base filled with so many amazing people who are incredibly passionate about these games as well. I hope I can one day be on the same caliber as them. Being able to give something to the fan base and make an impact on people just as NiGHTS has done. Hopefully I can remain active on these forums. But if I'm not here, you can find me making Let's Plays on Youtube or writing about my life and posting occasional artwork on deviantART, tumblr, and Twitter. Thanks for hearing my story. So without further ado, Let's Dream! It's been 10 years since the long awaited sequel to our beloved NiGHTS into Dreams became a reality! I know there are a lot of differing opinions on this one, but for me, it remains as my favorite game of all time. it's the game that introduced me to NiGHTS as a whole, as well as the community forums and to all of you. Getting to play Journey of Dreams for the first time was an absolutely unforgettable experience. I was amazed, I was mystified, I laughed, I cried, and I went on a journey that I'll never forget. If you have any personal stories about Journey of Dreams that you'd like to share, please let me know about them! Let's try to stick to positive stories, since this is meant to be a moment of celebration!

I guess my personal story is that I first discovered Journey of Dreams through Nintendo Power (R.I.P.) NiGHTS was on the front cover and had a big article dedicated to the upcoming sequel. I was immediately entranced when I saw NiGHTS for the first time and just had a feeling that it was something special. Turns out I was exactly right, and the rest is history. After 100%ing it for the first time, I remember I would go into the sound test mode and would just have Dreams Dreams: Sweet Snow play on repeat, every single night, as I went to sleep. I eventually wound up having an entire music video choreographed in my head, that I thought of as I went to sleep to that song. I think on record, Journey of Dreams is my most played Wii game, with over 1000 hours of playtime. Though, that's mainly due to me leaving it on all night, every night. Let me hear what some of your stories are! Were you actively following information before the game's release? Was Journey of Dreams your introduction to NiGHTS, like it was for me? Do you have any special memories of playing it for the first time? I'd love to hear about them!

Thanks for keeping NiGHTS' memory alive after all of these years! And thank you NiGHTS for inspiring us all to never give up on our dreams!