SwitchStyles hasn't added any friends yet.

In Topic: Marvel Vs. CAPCOM 3

*Deadpool is my favorite character from Marvel. He is a total bad ass and he would fit perfectly in this game. If you don't believe me go to my YouTube and watch my MUGEN video of Deadpool whoopin' up on Spiderman. The silhouette behind Marvel does look like Deadpool so I'm a little excited.

*I never really played much of Viewtiful Joe as I didn't have any of the consoles that the game was on, but when I did play it once, maybe twice, I enjoyed it a lot. Viewtiful Joe was in Tatsunoko vs. Capcom: Ultimate All-Stars so I'm pretty sure he is going to be in MvC3.

*I think the far right silhoutte behind Capcom in the trailer kind of looks like Dante. In the IGN Rewind trailer they said it was some guy from Street Fighter IV because it looks like he is wearing kapris but I think that is his coat. 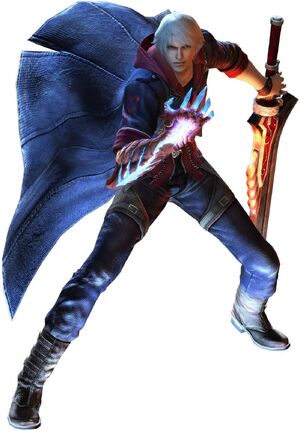 *I personally liked playing as Nero more than Dante in DMC4, so I'd rather see Nero than Dante in MvC3 but it wouldn't be right to include Nero and not Dante... so I hope they have both of them. *Protoman is my favorite Megaman character, it would be nice to see him added to the roster.

*Power Stone is one of my favorite fighting games of all time. If Edward doesn't make it then I hope to see at least one Power Stone character. 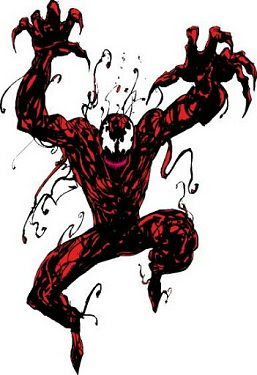 *Carnage is ALMOST as cool as Deadpool. I'd much rather have Carnage than any other villain to be honest.

*Apocalypse is the greatest villain name EVER.

*I'm not a real big fan of Street Fighter but when I played Street Fighter IV I liked using C. Viper. Something about her made me think she was a badass. Even in the Anime that came with the Collector's Edition of SFIV, she was cool.

I personally like the Multiplayer better in Bad Company 2 than Modern Warfare 2 but that is just my opinion. They are two different types of FPS games. In Modern Warfare 2, I feel like you don't even work as a team, no matter what kind of game type you play. People run off and are too focused on getting the killstreaks than to go for the objectives. In BC2 there are no killstreaks and getting kills really doesn't matter unless you are playing Squad Deathmatch. I mainly play Conquest which is basically Domination on MW2. Both games have a good leveling up/ranking system where you earn guns and perks as you progress through the game. And on both games, I feel that you die too easily, but on BC2 I think it's harder because the maps are bigger, on MW2 the maps are pretty small and you can most likely spawn right into a killstreak if you're unlucky. On BC2 you can choose to spawn at a specific location if you have a certain area captured or you can spawn behind one of your squad members. I recommend this game highly but only if you are willing to work as a team, MW2 is more of a one man type game in my opinion.

In Topic: iPod and Music

Thanks for all the suggestions people, I'll be sure to check them out and see if I like what I hear.

Well they didn't allow pictures but the show was funny. I think Peanut was my favorite that he did although I usually like Achmed, Peanut just stole the show.