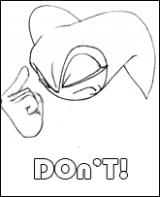 In Topic: I need your attention please! Help us this weekend!

Thank you all for the support =D

I have great news: We got 3rd place =D
We were ALMOST there and we are sooo happy that we did great!!!

You can check the skit here:


This is the winning performance:
http://www.youtube.c...feature=related

Hyoga and Kaoli did Valjyrie Profile 2 - and WHAT A WONDERFULL performance! They were fantastic, and final effect was WOW!


We will try next year with a game that I love very much, but for now, I will keep it in secret <3

Thank you all again and I hope you like the performance.

She is very talented too =D

So, far from looking at how things are turning out for Nintendo's progress in making the game, I kind of like the whole 3D idea, though the new Pokemon should hopefully look more epic-looking when new one's begin to show, I hope...

The gear pokemon reminds me much of Magnemite in some way?

I Agree with the "epic" point.
And I would like them to change de pokemon's noise, and put some mp3 voices, saying their names (PIKACHU! hehehe). I HATE the actual noise, almost all pokemons have a annoying noise and the game has great musics and stuff but the noise of the pokemon...it is always there

MORE INFO TODAY ABOUT THE GAME!

# There is a new ability called Telepathy (ãã¬ãã·ã¼) which allows the PokÃ©mon to avoid receiving damage from its team-mates.

# There is also a new attack, name currently not given, which will cause all your team mates to avoid damage from attacks that would hurt all team members such as Earthquake.

# Global Link
The Global Link has two modes. One, where your PokÃ©mon play in a dream and another is an online battling system. It appears that you have the ability to capture PokÃ©mon not in the Isshu Dex within the Global Link and have them transferred back to your game. This can be done in the dream mode. As we said on Sunday, you access the Global Link when you have Musharna, the evolution of Munna.

* The Game Sync is accessible through the C Gear. Here, you can send a single PokÃ©mon to the computer and the "dream world".
* In the world of dreams PokÃ©mon have their own rooms that they can play in. They can play minigames with other PokÃ©mon. PokÃ©mon that your PokÃ©mon becomes friends with in the dream world can be taken back to the real world
* If you are registed to the PGL, then you can play "Rating Mode" of "Random Match" at to the global terminal inside of the PokÃ©mon center. It will send your battle results to a server gather them so you can see who is really strong.

# Version Changes
Gochiruzeru and Rankurusu are Version exclusives and Black City & White forest are in the same part of Isshu.

# Features
Using Infared, you have the ability of having speedy battles. This can be 2 or 4 Player. You can also trade this way on the spot from your box. You can automatically exchange friend codes over IR
# You have the ability to draw on your friends faces over the Live Caster video chat. Characters in game will also call you on the Live Caster from time to time
# There is also a gentleman in the game which will switch your game from the standard Hiragana/Katakana text to Kanji
# There is a feature called Feeling Check that checks players compatibility. One of the things it shows is a game where two people have to keep the same rythmn
# The High Link features mentioned yesterday have also been further confirmed and will involve meeting players over WiFi in the Isshu overworld and doing missions for them. This is as close to a MMORPG as we'll get
# The C Gear as we knew has abilities in InfraRed, Wireless & WiFi

# Characters
It seems that you, Beru and Cheren all get the starters from Professor Araragi, leaving none left out as all of you are beginning your journey together.
# Indicating that Isshu is far away, the routes have once again reset and will begin with Route 1
# N is one of the antagonists. N will keep coming to challenge you in order to confirm his ideas of justice. He calls PokÃ©mon "Friends", but one of the screen shots shows him saying that he wants to split humans and PokÃ©mon and divide them so it's black and white. He has the unique idea to set PokÃ©mon free from people. He's looking for the power to bring his idea to fruition
# Makoma will give you the C Gear after you assist her with a task And a new pokemon, WOOGORU (I liked this one, finally) All info from serebii.net