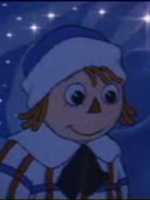 Â¡Hola mis amigos!
Call me Narco, NEMi or EMi
Narco is short for Narcolepsy
Because I like to sleep
A lot
I like the game NiGHTS into Dreams.
Like most of you here :3.
I'm 15
I turn 16 on August 29

My favorite colors are blue and silver
And sometimes purple.

I play the violin
and video games.
I like to read
Especially Harry Potter and Bloody Jack
And Beatrix Potter stories
Drop me a line if you get the chance.
Â¡Adios!

So my friend made this video of a Chippendale dance with a bunch of celebs she likes. I decided to make one with the Maren's and Elliot.

Prepare to have your eyes burned out of your sockets.

This happened a few nights ago. I was up late at night doing homework feeling rather drowsy and decided to just rest my eyes for a second. And then when I open them after what feels like a minute later, three hours have already passed. I told myself I had fallen asleep, but it felt like I hadn't rested at all. In fact, I felt even more exhausted than before. It was super weird. Any idea what to make of it? Has this, "time jump" thing happened to anyone else? Do you think I really just fell asleep? Discuss!

(I dunno if this is in the right forum)
Just a random thought that occured to me today. Would it be possible to remove the little floaty ball from their heads? If so, what would it feel like? Would it be hard, or could you mold it like clay, seeing as it changes shape to show emotion? Would it hurt them if you could? Can they even feel it? Heck do they even KNOW they have a little floaty thing up there? DiSCUSS!

Hey fellow NiGHTS fans! My name is Narco, however you may me EMi if you wish. I am half-Mexican so don't be alarmed if I break into random Spanish. XD Anyway, just wanted to say hi and visit my profile page for more-details.