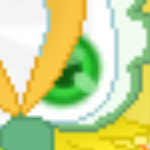 I really need to update this some day... might as well cover the basics in the meanwhile

Name: Alkerone (Oh, my real name? Er... kinda awkward giving it out)
Other names you might know me by: sonictheonlyhedgehog (or 'Sonic'), but not in this forum. If you think you've seen a 'sonictheonlyhedgehog' elsewhere that could be me, ask me about it, and I'll tell you if it is or not.
Gender: Female
From: United States (Texas)
Age: 19
Info: Alkerone (or 'Sonic', from her usual username 'sonictheonlyhedgehog') is... well, how do you describe her? She's hyper, a little awkward, and given the right subject she can easily become excitable. Her brain tends to follow weird tangents and will think of the strangest things ever heard of by man. As to whether this is a good or bad thing, well, science has yet to reach a conclusion, but research is underway. It has been confirmed, however, that Alkerone is one of the rare human beings on the planet that does not have a facebook or a twitter, which is apparently a very horrifying fact that she has no intention to remedy as of right now.
She's currently in school for Graphics Design, but hopes to someday transfer into Game Art and Design to pursue her desire of being a concept artist.
Alkerone likes drawing, roleplaying, storywriting, and the occasional sewing project. When she's not doing school work (or actually in class), she's usually at home with her laptop skying her friends and goofing off. She doesn't like waking up early or being interrupted in the middle of doing something fun.
NiGHTS related info: Since the original paragraph was nearly a biography, let's make this brief. Having gotten into the video-game craze somewhat late in life (her first ever console was a PS2, which was a Christmas gift back when she was about 9), Alkerone never got a chance to get into some of the older-generation console game (Which, sadly, includes those released for the Sega Saturn. Commence weeping). Alkerone's NiGHTS-related art, craft, and whatever is based around the Wii version, partly due to the previous explanation, partly because--and she's going to get a lot of flak for this--she prefers drawing the JoD design over the NiD one. As to why she commits herself to such an abomination is still unknown (and, as mentioned, research is still being conducted on the Alkerone), but most people think it has something to do with detail. No one really knows; Alk's just weird

(By the way, if you've seen the huge Dragon-NiGHTS plushie around here or dA [yes, the one that got the DD in March 2012], that would be me)

Alkerone hasn't added any friends yet.