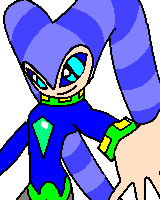 Has anyone watched Paprika?

I don't suppose many people here know of the film Paprika, but it plays with similar concepts to the NiGHTS into Dreams series, the idea of "stealing dreams" and making them become realities. I like to think of it as an "adult's NiGHTS into Dreams" as various mature content are shown in the film, and I myself was scared half to death by some scenes when I watched it back in 2008. Anyway, I thought I'd ask if anyone else has seen the film, as it gave me the same rush of inspiration as NiGHTS has given to most people. The primary protragonist is Paprika herself, who despite appearing perfectly human has the same reality-twisting powers as a Nightmaren might have, she is the "dream avatar" of a woman named Dr. Atsuko Chiba. At the start of the film, Dr. Chiba has full control over her body as Paprika, however later on in the film the consciousness of Paprika breaks away from her, and becomes her own person. The main plot of the film regards a machine known as the DC Mini (Dream Catcher Mini) which is able to record peoples' dreams, however it is soon revealed that by recording these dreams, peoples' dreams are starting to appear in the real world, causing madness to some people, as well as later literally causing the "Dream Parade," a collection of creatures from the dream world to appear in the real world, spreading the madness. Towards the end of the film, it is revealed that the mastermind behind the DC Mini and the appearance of the Dream Parade in the real world is Dr. Atsuko's own boss, who they must later destroy in order to save the world, which eventually Paprika herself does.

That's the short synopsis, but don't go watching the film expecting it to be like NiGHTS, it features many many mature elements such as grotesque and scary scenes. On the other hand, those who can deal with such mature elements really should watch the film, it, like NiGHTS, is more of an experience than just a mere film, and will create inspiration like no other!

For those who are interested, here is the intro, which shows a fair smattering of Paprika's powers in the real world, as well as a gorgeous song to go with it. (And don't worry, there's nothing mature in it!)

Has anyone visited a Nightopia?

Nightopias being NiGHTS levels, whether official or otherwise. I started this topic because in 2 dreams which I can remember, I have been to the same NiGHTS-esque world, I call this Nightopia "The Moonlit Tree" and is essentially a large circular area filled with flowers of every kind and shape, all glowing in the moonlight, with several rivers passing through, and in the center of the circle is a gigantic tree, so huge that you cannot see the top, and at the very top of the tree you can see a huge full moon glowing brightly.

In the first dream I experienced there, I had been thinking about what a NiGHTS game would look like on the Xbox 360/PS3, High Definition and absolutely huge, and I found myself as NiGHTS flying around this huge tree, flying in and out of branches and twigs before flying down and dipping my hand in the water. It was absolutely amazing to experience, and one of my favorite dreams I've ever had.

The second dream I experienced there was far more interesting, as I noticed there was a lot more life around, in particular I noticed a swarm of fireflies. Unable to contain my curiosity, I flew towards them, suddenly one of the fireflies darted away, and I chased it. It seemed to be trying to flee from me at every possible opportunity. Eventually I cornered it, and got a good look at it, I noticed that it was in fact a Nightmaren with a firefly's glowing rear end, it looked at me with panic in it's eyes, apparently it was afraid of me. I tried to interrogate it, but then I woke up, this got me thinking whether Nightopia is really as fictional as we believe. I know it is, and there's no such thing, but if we're lucky and believe hard enough, we can all go to our own Nightopias.

So, anyone else been to such interesting places in their dreams? =3

My name's Alex, but my friends call me Xela, I have been a fan of NiGHTS since 2004, though my first introduction to the series was in 1998-9 with Sonic Adventure's Card Pinball. My NiGHTS fandom is unusual, as I am more fond of the fanbase than the series itself, but I can freely admit that the series was a fantastic creation of Sonic Team's, and I do enjoy both main games in it.

I am particularly fond of seeing NiGHTS fanart and Nightmaren fancharacters (of which I have four) and often find myself browsing the website deviantART for artwork made by the series' biggest fans. I never actually considered introducing myself properly to the fanbase until recently, at the Summer of Sonic 2011 convention, I saw the official trailer for OCRemix's Lucid Dreaming and traced it back here. Its a pleasure to meet you all! Anyone else here have any fanmarens to show me, I would love to see them!

When I heard about Level99's massive remix project, I was afraid I wouldn't be able to create something to celebrate NiGHTS' 15th Anniversary myself, but then I had an idea, not only could I make something to celebrate it, but also something to compliment Lucid Dreaming itself! It's been over a year since I first acquainted myself with the program Miku Miku Dance, but since then I've been searching all sorts of places for people willing to help me transfer videogame models over to it in order to make them dance, thankfully I came across someone willing to help me out, so I decided to let NiGHTS join the dance! http://www.you tube.com/watch?v=7tvsr0li_Gc (remove the space between you and tube ;P) Go check it out! (Unfortunately the conversion is far from complete, so anyone here skilled at using PMD Editor willing to help out is all too welcome to, the main thing is that NiGHTS only has 1 joint in each finger, where he should have 3, which means making him play his trademark flute is so far impossible)

Those who don't know about Miku Miku Dance and are curious about how to animate NiGHTS and make him/her/it dance please contact me, I'll explain it as best I can.