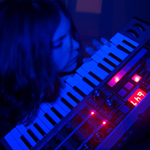 Spleg hasn't added any friends yet.

Oh, and a selection of other 80s songs.

In Topic: How do YOU Pronounce Reala?

I pronounce it somewhere in between Ray-luh and Ray-a-luh. The only problem with the first is that it sounds very similar to the title of a song by Derek and the Dominoes...

Woo! More Tron fans! Blimey, I never though there'd be so many...

Welcome and howdy-do! I need to watch Tron again, it's been forever. I see I am not the only one who loves NiD but is not very good at the game!

And another Tron fan! Heh, NiD is tricky at first, isn't it? I think I'm slowly getting better - I've completed the first six levels, now I just need to get a 'C' ranking in them all to advance to Twin Seeds!

In Topic: Your least favourite Nightmaren from NiGHTS into Dreams...

Just when you think you've lined up your shot perfectly, you hit him and lose 5 seconds on his spines. And then you accidentally bump into a fish you didn't mean to and get whizzed across the screen again. Grr! Frustrating!