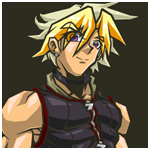 Sirens: Come over here! We are naked shaggable women! We have excellent parking for shiiiiiips!

Giant monster thing. He's a man-made mutant deep-sea beast made from many different animals. Tests with atomic bombs irradiated a biological waste dump for alien materials. Mutant alien creatures laid an egg in this odd concoction, which rolled into the ocean and fell into a deep trench. Later, the Mutant, radioactive, alien, deep-sea, man-made egg hatched and the KING MECHA-CLOVERKATOZILLA BEAST CREATURE was born. Then many years later a shark swam up, and the KING MECHA-CLOVERKATOZILLA BEAST CREATURE was spooked by it. AND SO FLED TO LAND.

He drops off Patchwork Penguin-Bats with Scorpion tails that make cute noises at people.

Yeah. I've heard talk about a sequel. But from what I hear, they're thinking about the same attack only from a different POV. I personally would like an aftermath movie detailing the reprecussions of Cloverfield, leading to an encounter with a more mature creature of the species.

It wasn't a ripoff of alien in the least. The
Spoiler
Exploding People.
have a factual science to them.
Spoiler
Upon being bitten, their bodies are injected with a strain of gas-producing yeast-like bacteria. It infects the internal organs by way of the blood stream. The bacteria then causes the victim to inflate internally, and then eventually they combust.


Spoiler
The as-of-yet unnamed monster....is a BABY. This is confirmed by the director. Due to deep sea human activity from the Tagruato Corporation, the monster's habitat was disturbed, and the beast was scared away from its family units. Now it's basically just lost, alone, hungry and terrified in NYC, with the US army shooting at it.

Hasbro will be releasing a 14" toy of the beast....I plan to acquire one, regardless of its very high price.

I could probably come up with a story and possibly some unique boss designs if you like.