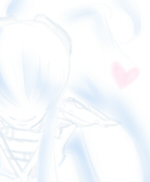 Ten hasn't added any friends yet.

Level99- Yeah, these are a pain. I'm hopefully going to be done with these next January. I hope. |D But yes, fairly crazy.

I'm really fail at figuring out programs, haha. And by piano roll, I mean anything that has something to indicate notation. I'll take a look at Finale. :> Thanks.

I JUST GOT BACK AFTER DISAPPEARING FOR HOW LONG? Uuuuuuuuuuuuh...

And I'm now halfway across and all the way south in the country instead of right by the nation's capital. Two cats, a mother and baby boy named Turtle and Koala, who like to cause havoc at 4 in the morning (unless I'm still awake at that point, and then they're quiet), contemplating moving a bit ways north, and going to the gym a few times a week. When I remember. Best friend got married in December, got those little "invisible" tray braces (and they are a pain, let me tell you--but better than mutilating my mouth the way I would were they wire)... Nerding, looking around for a music program I can compose with that has a piano scroll, and playing games and saving up for a desktop: the most interesting things in my life, at the moment.

Also have an old friendship on the mend and pretty sure it's all good, now.