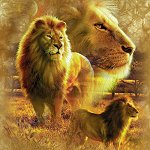 Mahzes hasn't added any friends yet.

Well, I'm sure most of you won't know, but last year on the main Sonic forums I hang around at, I ran a parody comic of Sonic and the Secret Rings, starring my Sonic fancharacter, Rapid. It ran from April to August, with new pages every weekday, and actually turned out surprisingly popular. So this year, I decided to do another parody, and chose JoD as the source material. =P

In true NiGHTS style, it starts off with a nightmare. There'll be new pages added every weekday. It's already been going for two weeks now, but I didn't want to post it here since NiGHTS doesn't show up until page five. ^^;

And for the record, I can actually draw well. I just don't, for comics. I'm lazy to the point where if I put my full drawing effort into every page, each one would take me a few hours and I'd lose all motivation. Also the comics tend to look funnier in the fairly messy style I do them in.

All you really need to know about Rapid is that he's basically the world's biggest n00b, is completely retarded, childish,
evil and monstrously violent like it's no big deal. Oh, and hates orhpans. For absolutely no reason. =P

Comments would be appreciated. I hope everyone at least likes it...

I'll admit that I probably won't be around here too much or too often, but I thought I'd introduce myself. ^^

I'm Mahzes (if you can't tell from my avatar, I'm a lion obsessive =P), and I've been a NiGHTS fan for ooh, probably about ten years now? Got the original, loved it and was a tad disaapointed by JoD. D=

In honesty, the main reason I'm here is because I wanted to give everyone a chance to see my newest webcomic, since it's a NiGHTS parody this time around. ^^; There are links in my sig, but I'll probably post a topic on it in the appropriate section after this.