56 replies to this topic

So, have any of you found and lolz, NiGHTS relations or look-alikes, crazy things, or just plan disturbing finds related to the fandom?

Well, to start, I always thought this little guy showed quite a resemblance to our favorite purple jester...

BTW, I made this topic because I have tried sending things in for months now, and it never makes the page.

I *think* I sent some stuff into the site a while back, but Gmail is being blah. If I can find it, I'll post it.

This Sonic character reminds me of NiGHTS-

Also forumriffic, characters in Majora's Mask called each other feeble.

If you're talking about Lumina, it basically IS NiGHTS. Dream World, evil version, everything. In fact, at Christmas, she turned into NiGHTS! (and Reala on April Fool's Day, I think)

I could probably get a screen cap of that guy if there isn't one...I kinda remember who he is, but only vaugly as I've only seen the episode once...But I do have the entire series on my computer.

Scroll down to almost the end. Ta-da!

I've not updated that section for a while because I've been trying to concentrate on getting the other important parts of the site built bit by bit offline. I have however been gathering all your bits and pieces in the inbox and will mass update at some point when I'm not so busy with other things.

AH HA! I FiNALLY have something to post here!
So I was walking back from my bustop one day and what do I see?

Just like Will's soccer team! Except it's a moving and storage company...
Sorry for the crappy quality, I took it with my phone.

..And yes, that is a Burger King in the background.


On a side note

That cat has quite a resemblence to eggman and clawz gone horridly wrong.

I'll be bringing this site page back today because it's good for a laugh.

YES! That makes me smile.

I was at the mall of america with my cousion a few months ago when we passed by the theme parks arcade. I stopped dead in my tracks as I noticed a parculer carosel ride with a NiGHTSy loooking charecter that had been featured before in the WTF page parked outside the door. "Holy crap, It's WTF NiGHTS!" I said, censoring my languge for my cousion. I sadly was not able to get a picture of it, though...

I'm still trying to track down more of my Good Luck NiGHTS into Dreams keychains. It seems that the Chinese restaurant that sold them didn't get any more.

Keeping on the lookout for NiGHTS appearing all around me! <3

Lol yeah if this person is really that big a fan of NiGHTS they must be on this board! Now I want a license plate...

I shall steal that license plate! NiGHTSmobiles should roam the streets everywhere.

That license plate is a good idea.

*Taking notes* I'll get this (or something better) in a few years. When I have a car and money for a custom plate. XD

It looks like it might just say 'Into Dreams' as well, see, because when you say 'N' and '2' it sounds like 'Into'. Of course this still could in all likelihood be relating to NiGHTS. Great find, Charlie! Good thing you had a camera!

Ahahah that's brilliant! And extremely scary considering the margin of coincidence that someone from our forums happened to be in the right place at the right time XD

Maybe it will be NiGHTS' ASR car if we get him as DLC!

How about NiGHTS 2 Dream.

I already said that.

I break for Shleep.

If you can read this, Jackle hasn't eaten your face.

OMG! That license plate is just amazing! It CAN'T just be a coincidence.

By the way, there's an actual Wizemart (Wizemartonline too). Also, Donbalon is a Spanish sports magazine.

Epic plate. Of note: That car is a Nissan Maxima. Nissan into Dreams...? (Yes, I can identify a car beyond all its dirt and low quality cell phone photos

Donbalon doesn't surprise me as much as a Wizemart existing. What are the odds...? http://www.wizemartonline.com/

Apparently, Gillwing is a Buisness group.

Hahaha! Apparently after JoD all the Nightmaren had to find work elsewhere!

Today's special is roasted Gao with a side of Green

And Cafe Algernon is... What is this?
http://algernon.ddo.jp/Kyosuke/

Apparently this so far...

Skateboarding falls... Is apparently that... Not sure on any specifics.

Edit: Reala has also been up to some things... 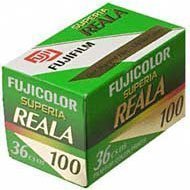 Always knew that maren was vain...

....oh WOW! Holy sh!t! I have not checked this topic in ages and i come back to find all this!! XD

Also, that cafe Algernon seems to be a website for a music band/group, i think. Hence the discography page. Actually, to be honest that might be why the cafe name was changed in JoD. Just a thought.

Necroing with something I find hilarious- the NiGHTS font in the crazy 80s horror movie "Troll."